My summer has been consumed with grandchildren and
with maintenance of a home
that has gone from just the two of us to the seven of us!
I think you might say "growing pains" but it has been good.
I started a painting a couple of weeks back of my son with his son fixing a child's stroller.
It is a watercolor based on a photo I took in November. 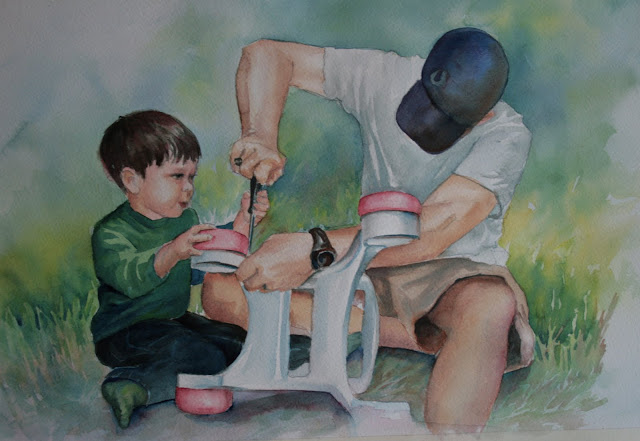 Here are some things I have picked up from working with photos: 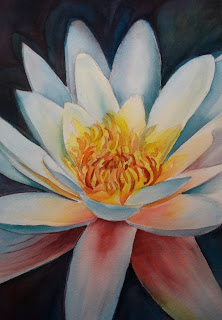 I hope everyone is finding their inspiration on this fun Friday!
Be sure to check in on all the different artists today!
Paint Party Friday